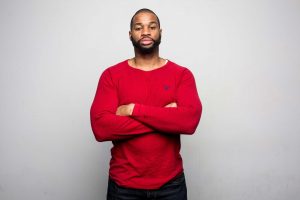 Born and raised in Toronto, DJ Swiss has the city’s vibe coursing through his veins. With music from Toronto’s many scenes constantly in his ear, Swiss is always focused on speaking his listener’s language, while creating his own. His meticulous sets feature his own EDM, hip-hop accented production, making his scene like no other. Swiss has played Toronto’s premier night venues and taken his sound internationally.

His eclectic routine spans clubs and various corporate events. In between, Swiss is busy making every medium his own. His most recent mixtape series, “The Swiss House”, pulses with the moment’s house, electro, and mashups, while “The Swiss Podcast” is an example of his artistry in exploring and mixing different genres. He’s distributed over 12,000 CDs, served over 20,000 downloads, and held parties to mark each release. Swiss’ commitment to creating truly and undeniably unique sets led him to producing his own music.

Drawing from his roots in hip-hop and a flux of EDM influences, Swiss’ sound satisfies a demand for something fresh. A creator and true student of music, DJ Swiss is ever evolving. With releases every two to three months, he is incessantly perfecting his craft. With new sets every week, he is further establishing his unique sound. The only thing that remains constant in Swiss is his ability to make a crowd lose their inhibitions