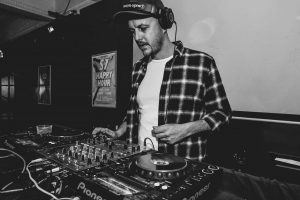 Matt Hall started exploring music while living in Perth, Australia.  In 2011, he decided to pack it all up to settle in Toronto, Canada.

Throughout his life, Matt had provided himself exposure to an eclectic variety of musical styles. While developing his hand as a DJ, this exposure provided the environment which produced the well-rounded, open-format DJ we see moving crowds of all kinds today.

Backed by more than 10 years of international gigging under the stage name ‘MXTT HXLL’, there is no doubt that he will spin you a solid set within any genre, for any age-group.  His performances in Canada, Australia and the US have given him the opportunity to play many different types of venue.

He is more commonly known for his personal productions – his edits, remixes and reworks can be found online under his alias, MXTT HXLL.