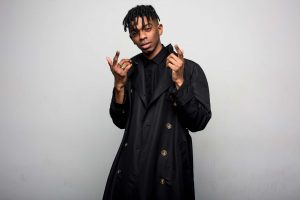 JD is a DJ and producer known for his pioneering DJ work and has collaborations with foreign city ever since he was discovered by the team(versatile music capabilities). Born in Toronto Canada, Weston Rd on June 20th 1992, JD took choice of being a DJ/Artist at the age of 15, He worked at various clubs around the world showing his versatility to countless events given to him.

JD originally got his first set of equipment from a local church he was attending in Whitby, Ontario. The pastor of the church introduced JD to members of the church that later introduced him into the industry that he’s into today. JD started djing shows at the age of 17 with Kuen Entertainment & the Megan Boyz premiering at events like fashion shows, school dances, weddings and bar mitzvah. growing a little older he met the OG named Chris L. that took JD on a more progressive career journey. It wasn’t long before JD was performing in various nightclubs in Downtown Toronto such as Bloke & 4th, Cube Nightclub, Cove32 and more.

After JD has a feel for international Djing and came back to Canada with a new set of musical ammo for any new events given to him, JD has performed as a DJ at Uniun Nightclub, Dragonfly, Cabana Poolbar, Bisha and many more various nightclubs, event venues and lounges. Jon Daniels is working on many upcoming events in the city of Toronto, Canada and London England! you can check out his social media through the Media handles below.