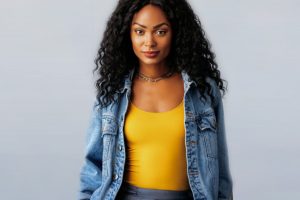 Dre Ngozi is a Toronto-based DJ and multidisciplinary artist.

She can be found playing eclectic DJ sets at some of Toronto’s most live parties like; YesYesYall, Baregyal, Dudebox and High Power.

With roots in the Caribbean and West Africa, Dre’s musical tastes span the globe and she uses her influences to tell sonic stories, by seamlessly journeying from hip-hop, island riddims and afro-vibes to global house and electronic frequencies.

Her unique music curation has lead her to features on and in:

She’s headlined for major events like Cavalcade of Lights, TIFF Boombox, AGO Massive, Manifesto Festival; opened for artists like Majid Jordan, Teyana Taylor and The Internet, provided memorable sets at notable events like, Redbull Sound Select, NXNE, Friday Night Live at the ROM, Evolve Festival (NB) and Skratch Bastid’s BBQ; and has rocked the decks alongside heavy-hitters like A Tribe Called Red, Vashtie and DJ Premier, to name a few.