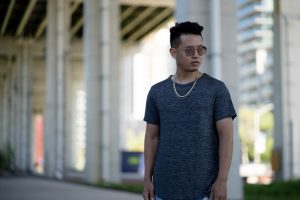 DJ Nakz was born and raised in Toronto and his love for all genres has had him spinning hip-hop, R&B, house, and everything in between in clubs and lounges across the city for nearly a decade. Drawn to turntablism early in the game, Nakz’s sets feature the coveted technique along with his distinguished song selections that has him stand out in the industry.

Playing the latest hits as well as beloved throwbacks, his versatility draws in crowds of all ages and his talent and knowledge in music has progressed him into working in the studio as a producer. Travelling as a guest DJ and collaborating with music producers in Atlanta, Los Angeles, Tokyo, and Nassau has exposed him to different music scenes that have provided the inspiration to pursue new sounds in his mash-ups and in the creation of his own beats.

Aside from DJing the nightlife scene, Nakz values the privilege to provide his talent for community events by the likes of Big Brothers and Big Sisters of Toronto and Sick Kids Foundation. As a founding member of Beats For A Cause, Nakz and his team also produce and DJ charity events that has given to Unity Charity, Thinking Forward, and HHAY for their causes.

Singing and teaching himself to play the guitar at a young age, Nakz grew up with an ear for music as well as a vision for it. His commitment to the craft is for the enjoyment of his audience, to honour the greats in the business, and to showcase up and coming local artists who strive to provide their listeners with the same positive influences in the industry. With the artistry to read and cater to all crowds, Nakz revels in his audience’s continued appreciation and support of his music, allowing him to give back to the music community and contribute to the culture that he loves and in which he thrives.