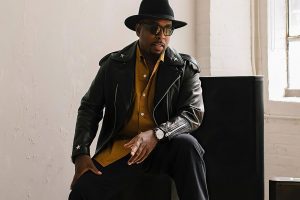 A creative mastermind are the words that can be used to describe Toronto’s Agile. A DJ, producer and songwriter; his style is as diverse as the city he represents. His proven ability to captivate a crowd has made him one of the country’s most sought after DJ’s earning the notoriety to play across Canada, the U.S and the Caribbean. As a producer Agile has worked alongside power players NaS, Melanie Fiona, Dwele, Kardinal Offishall, Method Man, Jully Black, Ivana Santilli and Glenn Lewis to name a few.

Agile’s success is unprecedented. He is a Stylus DJ Award winner, NXNE Rising Star Award winner, five-time Juno nominee and a five-time MuchMusic Video Award nominee. He is a member of the hip-hop super groups BrassMunk and Big Black Lincoln where he acts as DJ & producer.