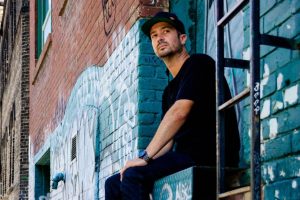 From a very young age David Ferris, better known as Diggy The DJ, has been a die hard fan of hip hop music and a true lover of all its culture. Inspired by groups, DJs and producers such as A Tribe Called Quest, DJ Premier, and Dr. Dre, it was evident that he had to be a part of this emerging underground scene and he started saving for his first pair of turntables. After many late nights studying the art of turntabilism and amassing an eclectic collection of records, Diggy The DJ was ready to be heard. Through compiling mixtapes, spinning house parties, dances and night clubs, he quickly built a solid fan base and found himself touring the country.

His passion and unmistakable talent landed him a residency at System Soundbar’s legendary “Superfunk Thursdays”, one of Toronto’s most sought after gigs. Music was his entire world and in 2004 he joined forces with neighbourhood friends and like minded musicians who were already writing, producing and gigging as the band ‘Down With Webster’. After hitting the stage as a group later that year it was clear that the addition of a DJ was a unique and valuable asset. He has toured extensively as a full time member of DWW gaining notoriety, receiving numerous juno nominations and earning two much music video awards.

Diggy continues to tour internationally with the band while continuing to establish himself as one of canada’s premier DJ’s. You can find him behind the decks rocking crowds from coast to coast while holding residencies in some of Toronto most desired venues such as The Drake Hotel, Parts & Labour and Kasa Moto. Keep your eyes and ears open and come wile out to his versatile and dynamic sets.