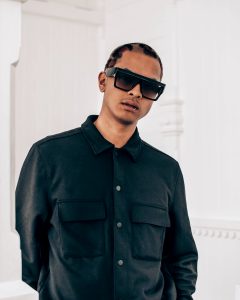 Dcr Milda entered the music and entertainment scene as a dancer, and started spinning the decks in Summer 2016. At age 17, he moved to the second biggest city in the Czech Republic – Brno. He gained recognition for his unique skills, his extensive musical selection and his successful well-known urban party organization ‘PAN’ (Party All Night). He played well-known clubs in the Czech Republic, as well as festivals and dance battles. His inspirations include names like DJ AM, Jazzy Jeff, Craze, A-Trak, and Chuckie.

Dcr Milda is one of the young talents of Czech Republic who applies his charisma to create his unique performance style. In his freestyle sets, you can hear everything from Hip Hop, R’n’B, Dancehall, Afro-beats, even the old-school hits to the hottest new tracks.

Dcr Milda moved to Toronto in summer 2019, and has become a member of Toronto’s largest DJ collective ‘Foreign City’ after just 3 months in the city. Currently, he is both performing regularly and studying music production and music business programs at Harris Institute for the Arts, believing in continuous growth and community.